Werewolf on the Shortcut 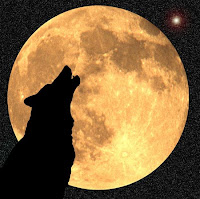 About.com - Before I start, let me just stress that before my encounter, I had no belief whatsoever in supernatural creatures, just as most people don't. It happened almost a month ago from today, actually in September.

My big brother and I were coming home from our grandma's place down the Milford Harrington Road. I think it had to be around 9 o'clock at night because I remember we were rushing home to catch a certain show that came on at 9:30. But because my brother forgot his wallet on my grandma's table, we had to go back to Harrington and get it. We decided we'd try for a shortcut, this street that went off from the main road and into the woods.

We were driving for about five minutes on this road until something shot from the woods and in front of our car. My brother hit the breaks, but we were 99.9% sure that he'd actually hit this animal, so we're both a bit panicked at this point.

I told him to drive, but he was curious as to what we hit. So, like always, we did what he wanted and got out of the car to see what it was that we thought we ran over... there was nothing. No blood. No dent. Nothing.

We looked all around the car, still finding no damage, then we saw it again. This time it stood in the middle of the road. Most people say they see glimpses or little hints that COULD be something. We saw it clearly.

This thing was standing on two feet. Hunched. Pointed ears, long arms and pointy nails. It had a very weird tail like a rat. I could tell it had fur. And its eyes were glowing from our headlights.

Needless to say, we got in our car as fast as possible. It didn't attack us. It simply stood there watching. Even as we drove away, we could still see it standing there in the distance.

In a small state like Delaware, you wouldn't expect to see much of anything and I haven't until that night. No one believes us, but that's okay -- two people seeing it is better than one.

We still talk about it every now and again. Every time, we remember something different that gives us a closer clue to what the creature might have been. For example, the night we saw the creature, it was a full moon.
Posted by Chris to the K at 10:03 PM